The other Chinese characters contained in this lesson have already been studied previously. You can just click on them and go back to the corresponding lesson.

Today, at last, I have the pleasure to introduce the number one most frequently used Chinese character! In order to be able to write in Chinese the sentence "She's my teacher", you don't need any other character. 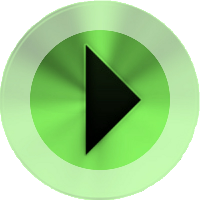 [particle] Used between a modifier and a noun

A modifier is a word or phrase which modifies or qualify a noun. The modified noun is called headword or central word. Sometimes, the structural particle 的

details is needed between the modifier and the noun; at other times, however, it is not required.

at other times: MODIFIER + 的

details is to be used and when it is not. Here we are going to see how to use it.

And, at last, we are able now to write in Chinese the sentence "She's my teacher."

Is there anything you want to ask me about this lesson?

That's all for today. I wish you like my website and go on clicking and clicking on its other sections! However, if you need personalized lessons and want to make your pronunciation perfect click here.

Free 1-on-1 Chinese Lessons on WhatsApp?